Sights and attractions in Corfu

The sights and attractions are numerous in Corfu, the island's turbulent history of the conquerors with different cultures, have left indelible marks, and especially beautiful buildings and sites that require multiple days to visit, just a few of the sights, monuments and the best things you can do in Corfu are the following : 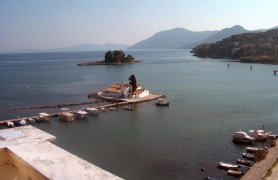 Kanoni in the peninsula of Kanoni, from here you have the best view to the Mouse island which is the famous landmark of the island.

Next to the Mouse island is Vlacheraina with the church of Madonna and at the west is the runway of the international airport Ioannis Kapodistrias.

The distance from El Greco hotel is only 2 miles. 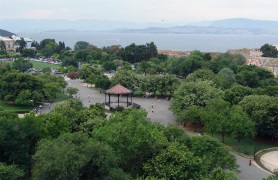 Huge plaza that was created in the Middle Ages by the Venetians when they destroyed hundreds of houses to use their materials in the construction of the new fortress, the largest square in the Balkans, located west of the old fort, in this square many events taking place, here is the ceremony of Easter of the famous Corfu Easter, also some cricket matches are happened here, a purely English sport that remained from the period of British rule. 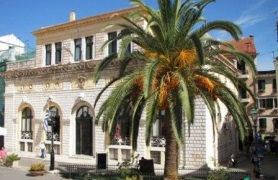 There are beautiful buildings, some dating from medieval times, as is the current City Hall in Eugene Voulgareos Street, built in 1663 as the arcade of the nobility and later became the theater of San Giacomo. 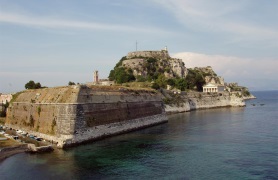 The two fortresses in the old city of Corfu, namely the old fortress, east of the square Spianada and the new fort built during the Venetian occupation on the hill of San Marcos, west of town 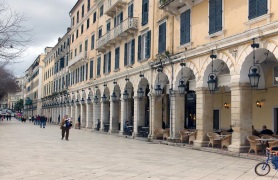 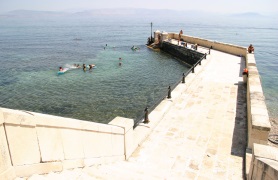